Author of “Or Your Money Back,” chariman of A. Eicoff & Company and pioneer of broadcast advertising

Alvin Maurey Eicoff (June 8, 1921 – March 2, 2002) was widely recognized as a founder of direct response television (DRTV) advertising. He helped pioneer the use of “1-800” numbers on television, along with the phrase “or your money back”. Alvin was a proponent of short-form DRTV, which consisted of 120-second and 60-seconds commercials featuring a 1-800 number and a call to action. Alvin found his own advertising agency in 1959, A. Eicoff & Company, specializing in short-form DRTV. Due to his significant contributions and accomplishments in the direct response industry, he was elected to the Direct Marketing Association Hall of Fame and was elected as one of the 50 most influential people in television history by Advertising Age. 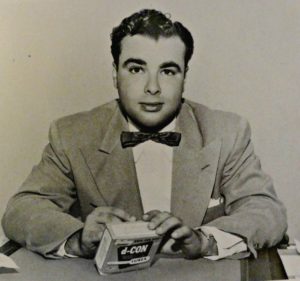 “In this irresistible jeremiad, Al Eicoff denounces the entertainers who infest the advertising business and reveals what kind of commercials actually sell“

Or Your Money Back