Claude Hopkins, the greatest ad man who ever lived…

“the concept of brand images, which I popularized in 1953, was not really new; Claude Hopkins had described it 20 years before“ – p7

“Claude Hopkins write an advertisement for Schlitz beer with five pages of solid text. In a few months, Schlitz moved from fifth in sales to first.” – p87

“From his typewriter came campaigns which made many products famous, including Pepsodent, Palmolive and six different cars. He invented ways to force distribution for new products. He invented test marketing. He invented sampling by coupon. He invented copy research.” – p202-3

“He was an uncompromising practitioner of the experimental method, forever testing new ideas in search of better results” – p203

From his book, "Ogilvy On Advertising"

Claude C. Hopkins (1866–1932) was one of the great advertising pioneers. He believed advertising existed only to sell something and should be measured and justified by the results it produced.

He worked for various advertisers, including Bissell Carpet Sweeper Company, Swift & Company and Dr. Shoop’s patent medicine company. At the age of 41, he was hired by Albert Lasker owner of Lord & Thomas advertising in 1907 at a salary of $185,000 a year, Hopkins insisted copywriters research their clients’ products and produce “reason-why” copy. He believed that a good product and the atmosphere around it was often its own best salesperson, and as such he was a great believer in sampling.

To track the results of his advertising, he used key-coded coupons and then tested headlines, offers and propositions against one another. He used the analysis of these measurements to continually improve his ad results, driving responses and the cost effectiveness of his clients’ advertising spend.

Hopkins is one of the father’s of modern day marketing. While working for the Bissel Carpet Sweeper Company, at Hopkins’ sent out five thousand letters offering carpet sweepers as Christmas presents – one thousand people sent in orders. He also convinced Bissel manufacturers to offer more variety of carpet sweepers, such as making them with twelve different types of wood. Immediately after these changes, Bissel sold two hundred fifty thousand in three weeks.[1]

His book Scientific Advertising was published in 1923, following his retirement from Lord & Thomas, where he finished his career as president and chairman. This book was followed, in 1927, by his autobiographical work My Life in Advertising. He died in 1932. Charles Duhigg credits Hopkins with popularizing tooth brushing, as a result of Hopkins’ campaigns for Pepsodent. 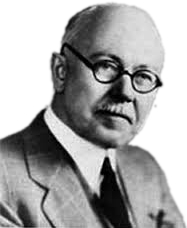 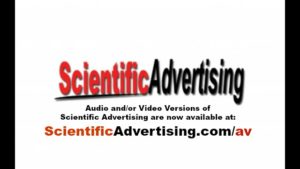