Reeves believed the purpose of advertising is to sell. He insisted that an advertisement or commercial should show off the value or unique selling proposition, (or USP) of a product, not the cleverness or humor of a copywriter. His most typical ad is probably that for Anacin, a headache medicine. The ad was considered grating and annoying by almost all viewers but it was remarkably successful, tripling the product’s sales. In 7 years the 59-second commercial made more money than the movie Gone With The Wind had in a quarter-century.

His ads were focused around what he coined the unique selling proposition, the one reason the product needed to be bought or was better than its competitors. These often took the form of slogans — Reeves oversaw the introduction of dozens, some that still exist to this day, such as M&M’s “melts in your mouth, not in your hand.” He argued that advertising campaigns should be unchanging with a single slogan for each product. His commercials for Bic pens, Minute Maid orange juice, M&M’s candies, Colgate toothpaste and other products used similar methods, often making dramatic demonstrations.

Reeves pointed out that to work, advertising had to be honest. He insisted the product being sold actually be superior, and argued that no amount of advertising could move inferior goods. He also disagreed that advertising was able to create demand where it did not exist. Successful advertising for a flawed product would only increase the number of people who tried the product and became dissatisfied with it. If advertising is effective enough and a product flawed enough, the advertising will accelerate the destruction of the brand. Similarly, Reeves believed it was a waste of money to claim uniqueness that doesn’t exist, because consumers will soon find out, and they won’t come back to the brand. This is important because historically fortunes are made from repeat business. Money would be better spent building some kind of meaningful advantage into a product before launching a costly advertising campaign to promote it.

Reeves advised clients to be wary of brand image advertising which is less likely to be successful than his claim-based strategy. This is because when communication relies on an image, the claim is not articulated. An image can almost always be interpreted different ways, many if not most of which won’t do a product any good. The message that a viewer takes away from an image is often very different from what the advertiser had intended.

Or to put it another way: practically every product has a number of benefits that might be claimed. Commonly one of the benefits is more popular than the others, even more popular than the others combined. Therefore, it’s imperative to do everything to make people understand the most important benefit, to achieve credibility and to avoid distractions. The aim is to have as high a percentage of people as possible take out of an advertisement what the advertiser intends to put into it. This is most likely to be achieved if a claim is articulated and proven with credible evidence—in a brief commercial, some kind of dramatic demonstration.

Reeves is also notable for creating Dwight Eisenhower’s presidential ads for the 1952 election. He packaged Eisenhower as a forthright, strong, yet friendly leader. The commercials all included a regular person asking a question to the upper right of the screen. They would cut to Eisenhower, not wearing glasses to look stronger, looking to the lower left and then turning to the camera and responding. They were created by letting Eisenhower speak for a number of hours. Then questions were crafted later that best fit his answers.

The Advertising Wisdom Of Rosser Reeves

Every marketer should know Rosser Reeves. He was a highly successful advertising executive and the originator of the Unique Selling Proposition (also known as the Unique Selling Point or USP). In his 1961 best-seller Reality In Advertising, Rosser defined his industry-changing concept in three parts:

2. The proposition must be one that the competition either cannot, or does not, offer. It must be unique—either a uniqueness of the brand or a claim not otherwise made in that particular field of advertising.

3. The proposition must be so strong that it can move the mass millions, i.e., pull over new customers to your product.

Rosser’s influence continues to thrive and can be found in AMC’s hit television show Mad Men as he is the model for the professional accomplishments of the series’ protagonist, Don Draper. 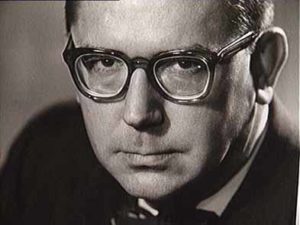 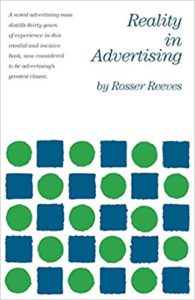