Attendees Paid $3,495.00 Each To Get Into This Super Conference and Now It Can Be Yours For Pennies On The Dollar!

“The $3,495.00 Per Person Seminar That Will Transform Your Business”

This conference shows you the CORE Direct Marketing fundamentals that can be applied to any business online or offline.

It comes to you direct from Dan Kennedy and his specially selected group of top experts on the subject (listed below).

This conference features some of the smartest, most successful marketers of information on the planet. And this is where they reveal the techniques that brought them so much success.

The format includes each expert speaking and then a brainstorming session.

And I’m going to let you “sneak in” and eavesdrop on this Super Conference.

It is a largely unedited, live-recorded collection of the sessions of the Conference.

Remember, attendees paid $3,495.00 EACH to get this very same content that you can now get at an outrageously cheap price.

In Addition to Dan Kennedy, You’ll Also Hear From These Top Experts:

GARY HALBERT, who has made millions and millions with his methods – his very first sales letter built a multi-million dollar business almost over night.. that letter became one of the most mailed sales letters of all times.

LEE MILTEER, a Master at publicity and self-promotion, fabulously successful speaker, author of the book ‘Feel And Grow Rich’, seen on TV shows in the U.S. and Internationally. Lee is one of THE most highly esteemed and sought after human potential speakers and productivity coaches around.

WOODY YOUNG: he ‘re-invented’ the Kit Kat Klock business and made millions.

MARILYN & TOM ROSS, authors of ‘The Encyclopedia Of Self-Publishing’, experts in promoting books.

JOE & JUDY SABAH – they’ve sold millions of dollars worth of books via free advertising on talk-radio.

And there are MORE!

You also get successful Alumni revealing details of their business start-ups and growth; how they’ve applied what they learned from Dan and Dan’s own comments and presentations.

Here are just two of Dan Kennedy’s
most successful ‘students’ turned ‘masters’
who you will also hear from:

KEN MCCARTHY, who has built an alarmingly profitable business marketing his real estate investment materials and seminars AND is rapidly becoming one of the top experts in making money online…..and

JEFF PAUL, telling how he built a $200,000.00-a-MONTH home-based, mail-order business from scratch, how he operates now, and how he’s taking his successful system and using it to launch two more businesses, including one that is online. (He’s a bit greedy.) 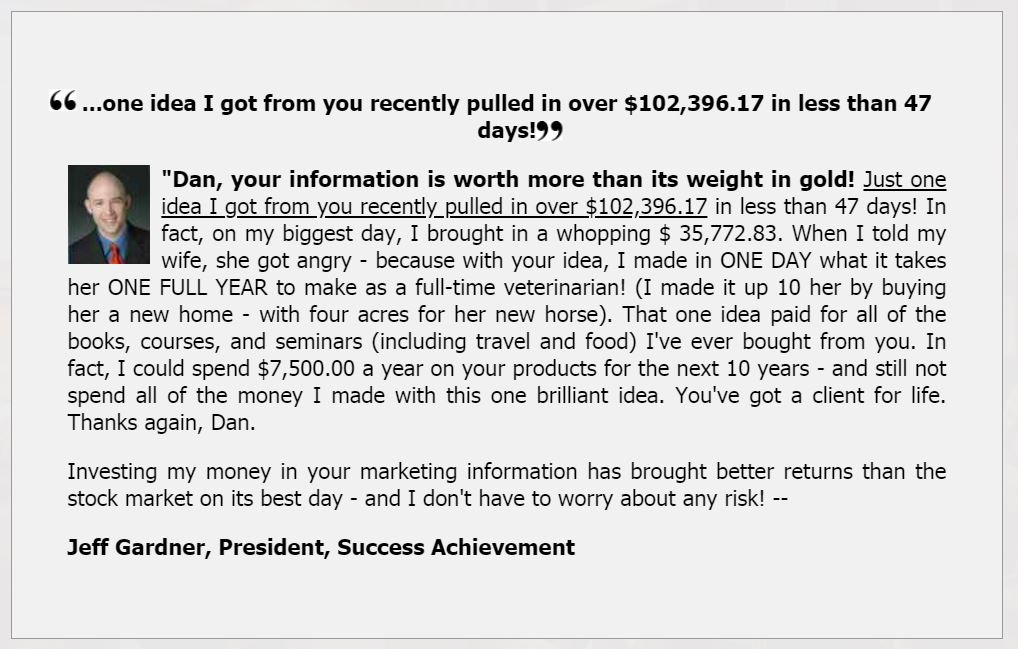 This started out as 6 CD’s and a manual but now we’ve taken all of that and digitized it for you so you can instantly download all of it to your computer or other device (like phone, iPod or other Mp3 player) and listen to it whenever you want, for as long as you want, and as many times as you want. 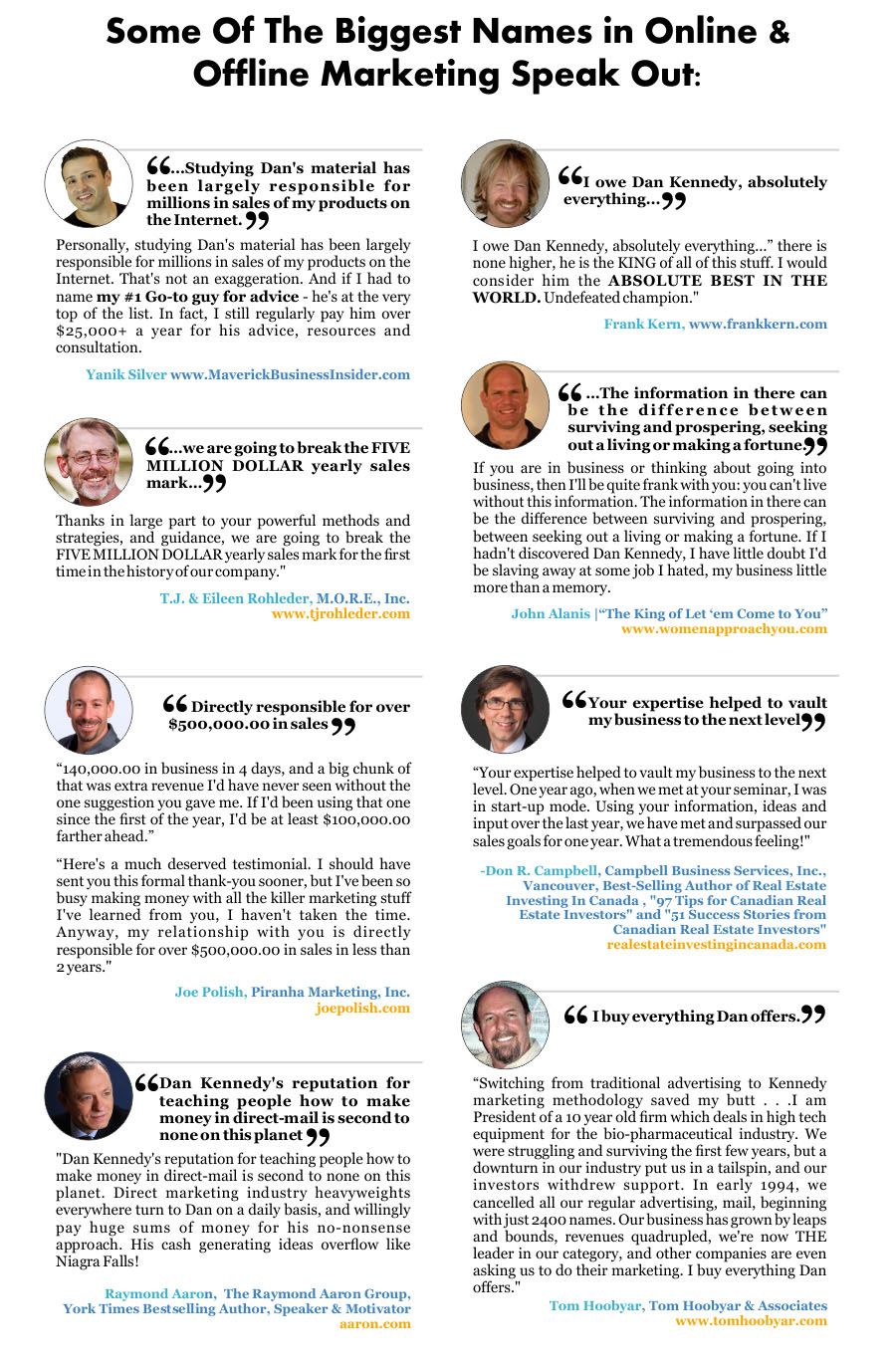