“All of Max Sackheim books are remarkable. His main book is hard to get but there is an audio version of it contained in Newstrack Advertising Classics, along with several other books you’ll also enjoy and profit from. Hunt it down and get it.“

“‘How To Advertise Yourself’ is a gem of a little book that shows you how to promote yourself. We can all use that. Lots of good info.”

“I don’t have his “Billion Dollar Marketing” but I’ve heard good things about it and just before writing this ordered a used copy at a pretty reasonable price. I’ll review it on this site as soon as I get done reading it.”

Excerpt from the New York Times:

Two years after the book club was founded, Mr. Sackheim sold his interest, moved to Cleveland and went to work for the Brown Fence and Wire Company. Over the next 15 years he rose to the presidency of Brown Fence, which made fighter-plane wings in World War II.

Near the end of the war, he moved back to New York and in 1945 opened his own direct-mail advertising agency, Maxwell Sackheim & Company.

Mr. Sackheim, the author of ”My First 60 Years in Advertising” and ”How to Advertise Yourself,” was named to the Copywriters Hall of Fame in 1975. 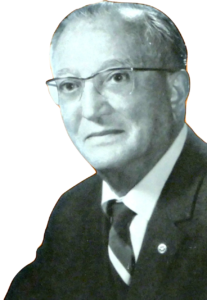