“What a seminar! One attendee took me aside and said he had attended hundreds of seminars but had never dreamed one could be this valuable. WHEW! I feel sorry for you if you weren’t able to be there. But… we got it all on video. And, believe me, my friend, watching those videos can… Change Your Life. Heck, watching any one of them could change your life.” — Gary Halbert 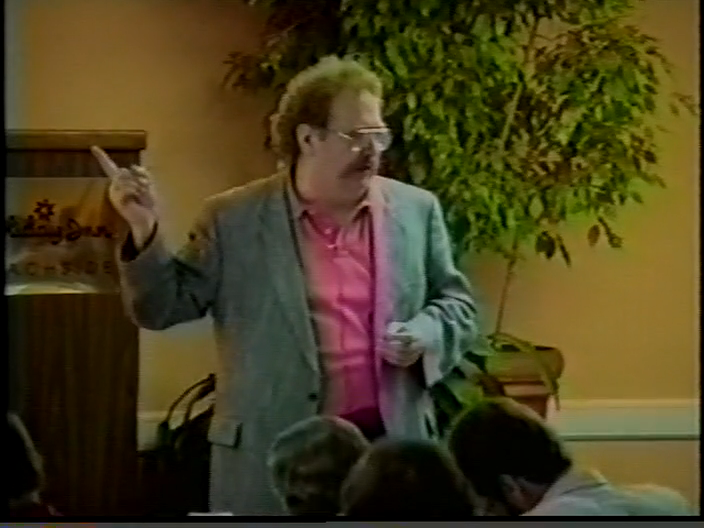 Dan spoke about TV infomercials and direct- response TV, the 14 factors that determine winners/losers, and about the “back-end business” where fortunes are really made.

What he discussed is directly transferable to the current YouTube craze. You know that YouTube is the new TV. People are watching YouTube videos as much as TV nowadays. In fact, according to the PEW Research Center, 19% of US adults who use YouTube are using it to decide whether to buy a particular product or not.

You may not want to create an infomercial for TV but what about a YouTube video to promote your product? Dan’s knowledge about infomercials can help you create YouTube (or any other type) videos that sell.

At the time of his presentation, Dan was a consultant to the Guthy-Renker Corp, for most of its infomercials (Guthy-Renker is best known for Tony Robbins’ Personal Power, Victoria Principal’s Skin Care, etc.) As well as an independent “a-to-z” producer of infomercials for independent clients.

It is a LOT HARDER to get an infomercial to be successful than it is to get a YouTube video to be successful. Heck, according to Forbes and as reported on CBS News, the highest paid YouTube earner in 2018 was a 7-year old who earned $22 million that year!!!

According to Gary Halbert: Dan Kennedy is one of those people who really delivers. In this presentation, you’ll see Dan at his best. He could help you make a small fortune.

I didn’t pull this seminar off by myself. Not by a long shot. I had an incredible army of expert marketers who flew in from all over the U.S. at their own expense to help with this effort.

And, let me tell you, they all did a terrific job. You should see the letters I’ve received from the attendees! They say it was nothing short of the marketing event of a lifetime! And Dan Kennedy was a big part of it.

Invest in  Your Future…

Here’s What You Get: 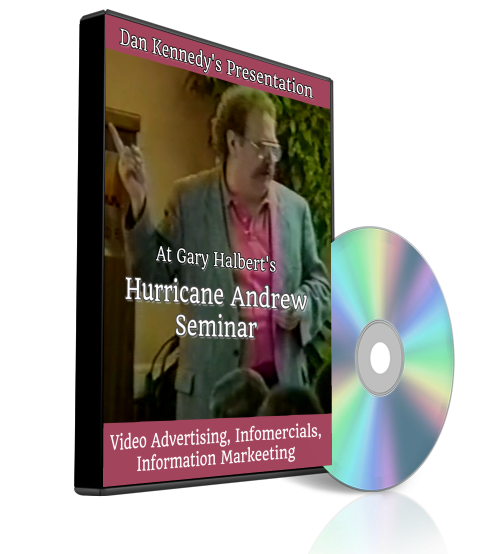 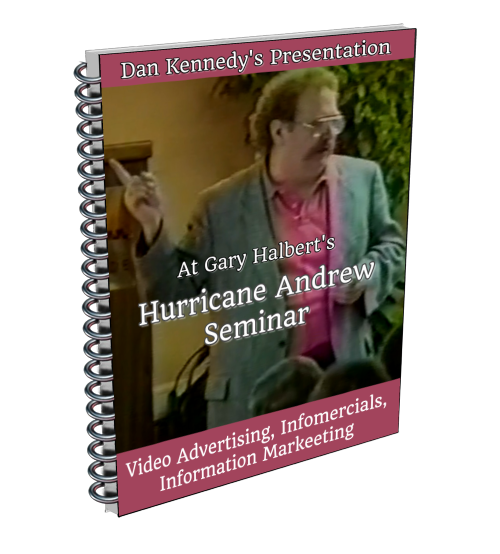 90 minute video plus transcript
$199
Invest In Yourself NOW