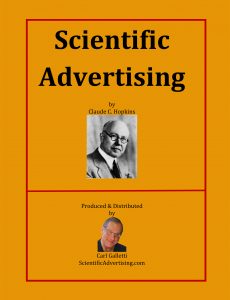 The Original text of Scientific Advertising by Claude Hopkins

The world’s most highly regarded book on advertising, marketing, and copywriting.

See below how to get it for free 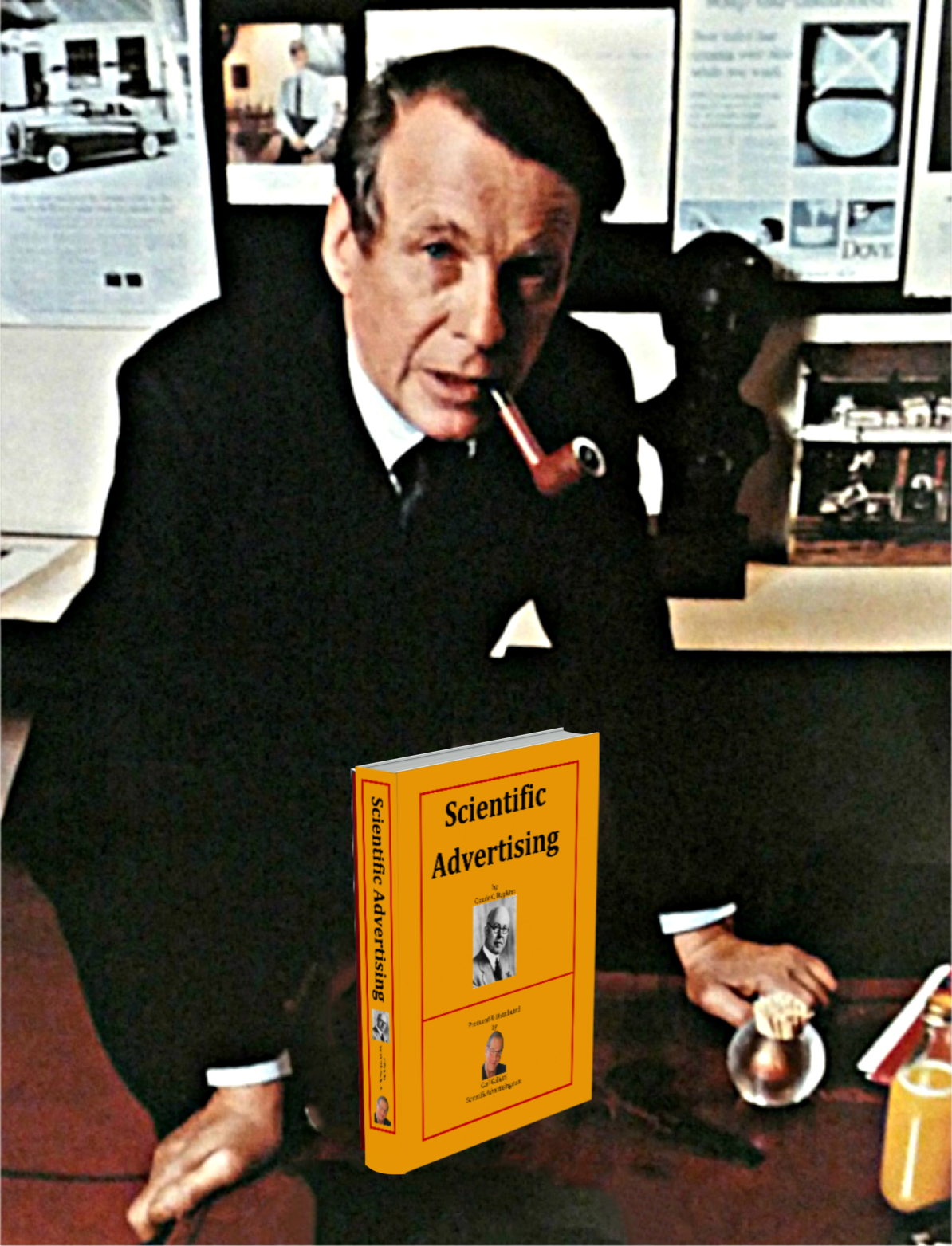 A big believer in Claude Hopkins and Scientific Advertising

Marketing Genius, Jay Abraham, once told me he had read this book more than 60 times and felt it was the impetus to launch his career as one of the most sought after and respected marketers, commanding $2,000.00 per hour for his phone and in-person consultations (later raised to $3,000 and then $5,000), up to $25,000 for his training seminars and $50-$100,000 to write an ad for clients (plus a percent of the profits).

In part, he said:

“Nobody, at any level, should be allowed to have anything to
do with advertising until he has read this book seven times.
It changed the course of my life.”

He went on to say,

In The Mirror Makers: A History of American Advertising and Its Creators, author Stephen Fox said of Hopkins:

1. How advertising laws are established

4. Mail order advertising — what it teaches

Refer friends and when FOUR of them join (opt-in to) Scientific Advertising within 4 days you get your copy for free!!!